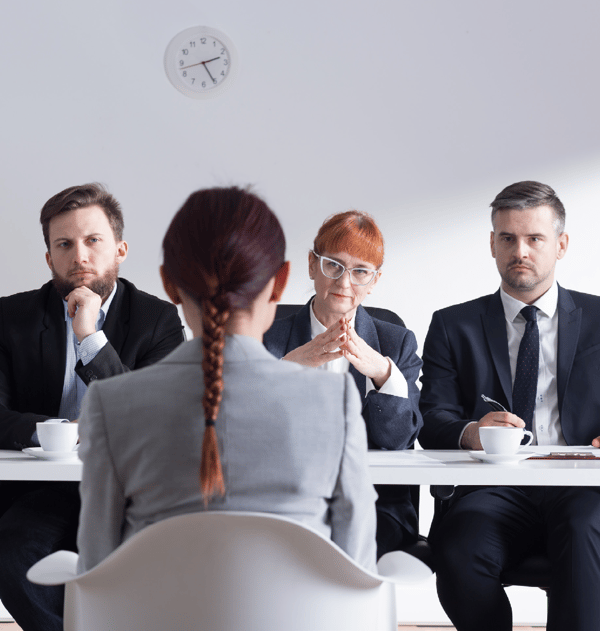 Going for a job interview probably doesn’t appear on many bucket lists—and it’s a rare person indeed who enjoys being quizzed and questioned by a panel of unfamiliar faces. As intimidating as interviews can be, they’re still going to be an unavoidable feature of your career: from your first post-uni job interview, right up until you’re applying for top level management positions decades down the line. Practice really is the ticket to perfecting the elusive art of the interview, as well as brushing up on interview tips and other work hacks. Another way to get better at interviews is to learn from the mistakes, or should we say, nightmares, of others!

Tardiness and disorganisation equal hot coffee spilled on an iPad

Josie was known for her bubbly and care-free nature, but not her time-keeping skills. The day before her first big job interview she diligently set two alarms and left countless Post-It reminders of the time and place of the interview. Her good intentions fell flat as she slept through both alarms and awoke in a flurry to realise she had half an hour to dress and make it across town to the interview. She arrived twenty minutes late—looking like she’d been dragged through a hedge backwards—and collided into the (unbeknownst to her) Managing Director who was carrying hot coffee. His iPad and her outfit were ruined. Instead of apologising profusely, Josie burst out into nervous laughter while the MD stood there stony-faced. The company thought it best if Josie withdrew her application.

Never resort to lying—especially in an interview

Wayne was a smooth talker, with few situations he couldn’t blag his way out of. It was one of his super powers, he’d joke. The prospect of an interview in which he’d get to talk for 45 minutes excited him. The night before, instead of brushing up on interview tips, he went down the pub to watch Arsenal vs Man City. He walked into the interview the next morning ready for anything the interviewer could throw at him. Ten minutes in and feeling pretty good about himself, the interviewer asked him to tell her about a time when he had resolved a conflict. Wayne paused for a minute before launching into an elaborate (and erroneous) tale about how he once single handedly stopped a massive fight from breaking out in the student union. The interviewer probed him for more details. Wayne floundered and resorted to more lies. His cover was slipping. The interview was cut short and Wayne was informed that the company wouldn’t be taking his application further.

Katie always took a laissez-faire approach to fashion, choosing comfort over style whenever it came to getting dressed. She felt happiest in an oversized jumper, leggings and her favourite pair of Converse. Extremely eco-conscious, she’d keep her showers down to twice a week to save water—and time in the mornings! An NGO had invited her to their head office for an interview for a marketing internship and she was thrilled. That morning, she dressed as she always did: tugging yesterday’s t-shirt over her head and running a few fingers through her unkempt hair. There wasn’t time to brush her teeth, so she threw a piece of peppermint gum into her mouth and went on her way. The head of marketing greeted her with a perfectly manicured hand and bemused look as she took in Katie’s attire. Halfway through Katie describing her work volunteering in Thailand, she was attacked by a coughing fit and her gum went sailing out of her mouth and landed on the Head of Marketing’s pristine white shirt. Katie froze for a few seconds, before bolting from the room in a flood of tears.

Bad-mouthing your old boss is never a good look

Sanjay had spent the last few weeks preparing for his interview for a graduate scheme at a bank. He had read every interview tips blog he could find, researched the company and industry, and had coffee with several former employees. He felt confident and ready for the interview. He got a good night’s sleep the night before, went for a run in the morning and made sure he looked the part in a freshly laundered suit. Arriving exactly 10 minutes before the interview, he waited patiently until he was invited into the boardroom by the head of HR. About half way through, and with the feeling that the job was his, he was asked about his last job. Feeling a bit too cocky, Sanjay began a tirade against his former boss and the way he ran his business. Five minutes later, reading the unimpressed expression on the interview’s face, Sanjay’s monologue dried up and was met with an awkward silence. The head of HR thanked him for his time and said she’d be in touch. A day later, Sanjay received a short email letting him know that he hadn’t got the job.

The brilliant news is that no matter how good (or bad) your current interview skills, there’s always room for improvement—you simply need the right training and direction. An employability course that focuses on developing the skills employers are looking for will include the right interview tips and support to get you started on a path to a fulfilling career. Download our guide to learn about the skills you need to forge a dream career: